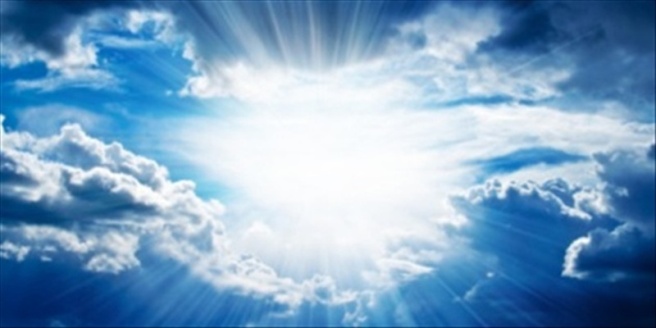 Then consciousness in human form further divided itself into concepts and ideas and labels.  Man named the plants and animals.  Consciousness in human form became aware of self.  Man needed a partner.  Man needed community as it became aware of self.  Then mankind took the concept of self and created self-centeredness.  Man walked with God in the garden as a centered self and then “fell” into the world of self-centered.  Good and bad were created as the self-centered preferred one thing over another.  The apple was pleasing to the eye.

And this was as it should be.

For the divine to know the divine, it forgot it was “all that there is” so that it could experience the myriad of manifestations that is itself.  An immortal God experienced death as a mortal physical form.  God experienced loss when there can be no loss for a God who has everything.  Consciousness became unconscious to awaken from the dream with the experiences of separateness to experience oneness in many parts.

The ego was part of the story.  The ego was the identity of the limited body/mind with its own story.  The body/mind, motivated by the ego, believed it was a separate being, a separate self.  Still it was dimly aware of its origin.  It began to seek its origin.  The unconscious body/mind/ego began a search for its origins.  It began to create stories based on its observations and superstitions.  As a limited self with limited faculties, it created a limited story.  It began its search for “God.”

These were the minority.  The majority was lost to the ego.  They claimed knowledge based on observation that had origins in truth but through the distorted ego, they became distortions.  The religious claimed their superiority through intellectual and “spiritual” assent.  From pure consciousness, consciousness became the distortion of the ego completely lost to the dream.

These shining lights appeared and were rejected by the majority.  The conditioned ego found a false sense of security in the acquiring and claiming of special knowledge.  The egoic structures of a fallen mankind, lost to the illusion, rejected the truth of the light of pure consciousness.  They rejected the cornerstone, the foundation of all that there is.  They stumbled over the truth and fell further into the illusion.  Mankind continued to create more structure and more concepts to try to explain what they couldn’t understand.

One of these bright lights was Jesus.  He was a pure light of pure consciousness.  There was no sense of “me” in his form.  He was the Christ Consciousness manifest.  He was a cornerstone, a physical form of divine truth.  When he arrived on the scene, mankind was still very lost to the illusion.  Consciousness was unconscious to the truth of itself.  It was still experiencing the world of forms having forgot it was the formless manifested as a human form.

One thought on “A flip side of the creation story”