A mountain stream can be so peaceful.  The sound of the water flowing over the smoothed stones reminds you of a party.  There is laughing and giggling.  There are quiet whispers and enthusiastic stories.  The feeling of the conversations is friendly and appealing.  At this party these people like each other and nobody is trying to dominate a conversation.  The atmosphere is free of accusations or complaining.  The voices blend like a great symphony.  You can hear their uniqueness like the individual parts of a string quartet.  These voices play off one another like an acoustic folk group creating a new song as they noodle through the various melodies and supporting harmonies.  The language of this stream is peaceful.  This melodious pathway of water can take a form like this one (beautiful!): 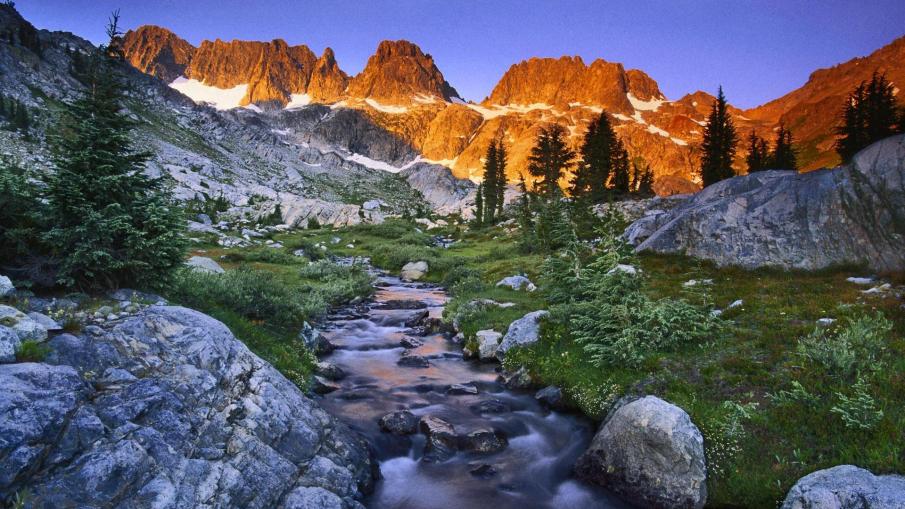 Streams become rivers and rivers aren’t always a calm experience.  They can flow at a rate  many times greater than their tranquil normal.  Some of the more adventurous seek out these tumultuous waters just for the enthusiasm of rafting through the twists and turns to experience the excitement of the challenge.   Some novice thrill seekers can be swept away when they suddenly come face to face with the intense, pressure-relief-seeking power of water.  Some  water routes can take this form: 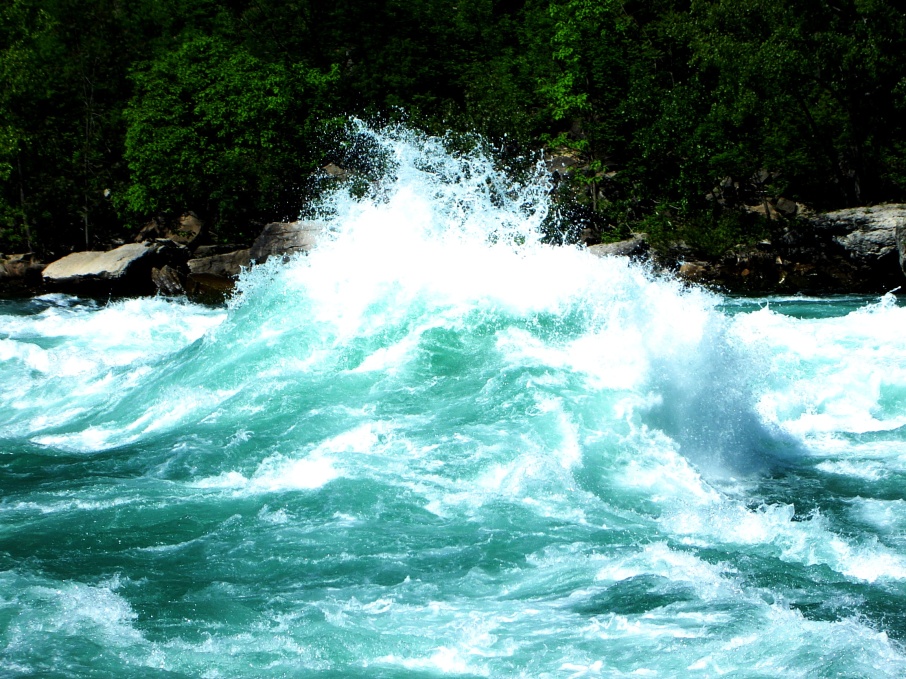 The water of the mountain stream finds its way to larger rivers that grow to be deep and wide.  From the raft-riding perspective, the speed of the water can be imperceptible as it cuts deep canyons through the mountains or carves new routes through the deltas.  Only when you look to the shore do you determine the distance you’ve traveled and the pace of your progress.  You aren’t tossed about, like a white water rafter, but instead are enjoying the perceived calm of an incredibly powerful body of water moving as one, in concert with itself and resigned to its course.

Life is like this water finding its way to the ocean.  Eternal life is  the moving consciousness that shapes our course and carries the perceived-self along a path of ever-increasing consciousness.  Life is the river of formless becoming form to discover formlessness.  Eventually the water finds the depths of the ocean.

These pointings can be confusing to the mind, but then again, the mind can be the problem.  When consciousness is lost to the form identity of the body/mind and the story of the perceived person, it can be blind to the river and forget it is moving along the course of life that brings it to itself.

Different levels of consciousness manifest as different experiences.  For the transparent forms like Jesus or Buddha or other mystics, Sufis, sages and gurus, their experience is like that of a rain drop.  They were one with the river and their form (the body/mind) was a tool to manifest the formless to form.  Through their form, the light was seen so that other forms may recognize the light within.

Consciousness that is less aware of itself, can be lost to the form.  On one level consciousness identifies with form but is becoming aware.  It is like a person riding a raft but knows it is riding a raft along a great river.  The river brings opportunities (calm days, rushing water, melodious streams, deep oceans) for consciousness to become more conscious of itself, the perceived person is becoming aware of its “no-person” identity.

On another level, consciousness can be unaware of the river.  It identifies with the illusory person to such an extent that it believes all that there is, its reality, is just the raft.  In this state life is the limited experience of the raft apart from the oneness of the ride along the river.  Life becomes something that is possessed like “my life” without the insight of the influences of eternal life.  For this level of consciousness, the “person” believes life is a challenge.  They perceive the rushing waters as bad (or good if they are wired that way) and the calm waters as good (unless they are bored apart from thrill seeking).

At the lowest level of consciousness, there is no awareness.  Consciousness willingly looses itself completely to the body/mind illusion.  This is like a person in a river who is standing in the river fighting the current.  Life is perceived as a treacherous endeavor full of all kinds of evil (turmoil and suffering) and it should be approached with caution.  They fight against the current to try to get somewhere else.  They are never happy in the present moment.  Happiness is only found in a future moment.  Their language is complaining and accusation.  The world is against them, evil is everywhere, everything is a battle or a war that must be fought.  When they are swept away by the current or plunged into the deep waters or nearly drowned by the rushing river, they quickly blame and tell themselves a story about how it is not their fault.  The river is against them.

Luckily the river bottom is covered with slippery rocks or shifting sands.  The footing is never good enough to move to another place with any repeatable success.  Standing in one place, fighting the current, is exhausting and eventually the “person” looses their footing and the river (life) carries the “person” down the river to greater consciousness.  This often takes the form of tragedy or loss or pain.  Some of the most incredible awakening stories are from people who had completely lost their footing and were swept away in the current of life.  They were “surrendered” to eternal life.  They “lost their life” in order to gain their life (as Jesus said).

I’ve heard many a sermon about watching out for the slippery slope or the warning of backsliding.  Isn’t is a wonderful thing that back sliding happens on the slippery slope?  Isn’t is incredibly graceful that we can’t keep our footing to fight the current of consciousness bringing us to greater consciousness?  Isn’t it amazing that we will wake up at some point to the river and accept the river and enjoy the ride down the river?  Isn’t it divine that we will eventually find ourselves on the raft and see the passing shore and realize that we are moving already instead of trying so hard to get somewhere else?  Isn’t is wonderful that we will find oneness as the rain drop that returns to the depths of the ocean from which is was born?