Sometimes I feel like Mel Gibson in Conspiracy Theory.  I look around and see what the enemy has been doing and I am trying to prove the conspiracy and people look at me like I am crazy or something.  As an example the religious obsession with sin has so distorted our understanding of what Jesus came to do we have missed Him altogether.  Maybe that is a strong statement and maybe I am a little sensitive but like Captain America said “I don’t want to kill anyone, I just hate bullies.”  Using fear as an abusive tool of behavior control is ludicrous and downright criminal.  It is like forcing that cat into a bath or beating the dog until he learns a lesson.  Can we just see sin for what it is, please?

This is us in our stupidity racing head long into “judgment” and “destruction” and “weeping and gnashing of teeth.”  This is us “reaping and sowing.”  We are like these to idiots:

When we are barreling down the track, headlong into the wall, bent on total destruction…we miss Jesus.  We miss life.  Add on some good old fashion guilt and shame, re-enforce stupidity with condemnation, throw in a healthy dose of “fear of eternal, forever and ever torment” and we have just the right recipe for enemy deception pie.  We miss Jesus.  That is why He came people!  He came to set us free from ALL OF THAT STUPIDITY.  At the top of the list was condemnation.  When we know we are forgiven we stop hiding in cages or scratching and clawing to get free.  We let love teach us to love as we become love.  It is that simple.

Think about your experience or what you have seen from others.  When we “evangelize” what thought is in our head? Are at trying to remove sin from someone’s life? Are we trying to “fix” a lesser person? Do we see them as disgusting sinners that need a bath? Are we trying to save them from an angry God? Are we trying to keep them out of hell? Do we just want them to say a prayer like it is signing a contract? Would you be surprised if I told you that Jesus did none of that? Would you be surprised if I told you that kind of approach is not our commission from Jesus? For some surprise may be a nice way of saying infuriated.

“But wait a second brother, the wages of sin is death, don’t you know that?”

Yes I do. Want to see the verse in context?

Rom 6:20 For when you were slaves of sin, you were free in regard to righteousness. 21 But what fruit were you getting at that time from the things of which you are now ashamed? For the end of those things is death. 22 But now that you have been set free from sin and have become slaves of God, the fruit you get leads to sanctification and its end, eternal life. 23 For the wages of sin is death, but the free gift of God is eternal life in Christ Jesus our Lord. (ESVST)

Remember Paul’s context is a relationship. He begins by telling us that we should no more see God as our enemy. The word righteousness is relational. Paul is talking about being in or out of a right relationship with God (our side of the equation). So when we were apart from Jesus and were seeking life outside that relationship we only found death. God is the only source of life. Jesus said He is the life. So now that Jesus sets us free from the power of sin we can be in a right relationship with God. How are we set free? We see the self-sacrificial love of Jesus (God) on the cross. We know that we know God forgives and dies to prove it. We know that we are forgiven, Jesus takes our sin. God forgets our sin. Sin (personified) uses condemnation to frighten us into a defensive response that justifies more sin. When we know we are forgiven we come out of the bushes and into the arms of Jesus. We find life. Our junk is removed. We get to and learn how to live from love and forgiveness.

If we reject life itself it is death. It really is that simple. If you don’t have life (Jesus) you have death (not Jesus). Sin (personified) pays us with death (lifeless, morbid, rotting, decaying, temporal, limited, unfulfilled, disease carrying…). Oh yeah there is a very practical side of this. It can and often does lead to physical death. Want to see?

Jn 15:22 If I had not come and spoken to them, they would not have been guilty of sin, but now they have no excuse for their sin. 23 Whoever hates me hates my Father also. 24 If I had not done among them the works that no one else did, they would not be guilty of sin, but now they have seen and hated both me and my Father. 25 But the word that is written in their Law must be fulfilled: ‘They hated me without a cause. ’ (ESVST)

Jn 16:8 And when he comes, he will convict the world concerning sin and righteousness and judgment:9 concerning sin, because they do not believe in me; (ESVST)

Listen I understand how destructive sin really is.  I nearly drank myself to death more than once.  I drove hundreds of times when I should have been passed out in my bed.  I put my children at risk.  I put others at risk.  I still feel the pangs of pain when I think about all that stuff.  But I know that Jesus loves me.  He has set me free from all that junk.  I live in His love and He takes away all the “reasons” to be a stupid crash dummy again. 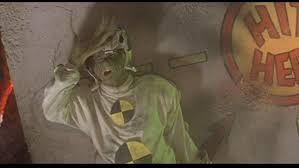