I got a note from a dear friend about some teaching she heard.  I pray my “intense” emotion doesn’t make it through ether space.  My keyboard can be replaced.  But I wanted to defeat some lies.

Jesus came to replace religion not become part of it.  He came to fulfill the Law of Moses which was love each other and love God.  Fallen mankind instead turned it into a list of rules and regulations, fear based management and used religion as a tool against anyone not like themselves.  Fallen Adam likes religion and prefers it over relationship.  Jesus came to demonstrate what self-sacrificial love looks like and to die proving the love of God for us.  His completion of the law was to show us what love looks like.  We had missed it as fallen Adam.  We had missed who God really was and instead substituted an angry God.  Jesus is the revelation of the true nature and character of God.

I started this post with a bunch of scriptures that someone used to say we should be terrified of God to the point of phobia.  The post was getting way too long.  Maybe I’ll unpack them in a future post especially if there is interest.  For this post let me hit just a few.  Here is the first.  Please read it from a relationship perspective not a religion perspective.  Jesus came to set us free from religion.  Look for your restored relationship with your Father in Heaven.

Luke 12:4 “I tell you, my friends, do not fear those who kill the body, and after that have nothing more that they can do. 5 But I will warn you whom to fear: fear him who, after he has killed, has authority to cast into hell. Yes, I tell you, fear him! (ESV) 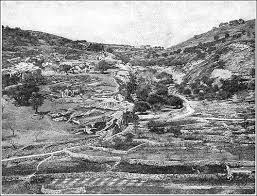 This is a place where they put the trash and burned the trash.  This is also a place where they put dead bodies, the wicked ones (and likely burned them with the trash).  Instead of a normal Jewish burial, the priest would declare a person wicked and they would be thrown into Gehenna.  Over time it became an idiom of sorts.  Some believed that when a Jew died and was declared wicked then they could spend a year in spiritual Gehenna and then be declared “right.”  Under the law the priest could put the “unclean” out of the city until they were declared clean.  So the priests had this tremendous power to put people out of the community either dead or alive.  Being “put out” of the “Temple” was a huge deal for these people.  That meant no more income, no more commerce, no more family, no more provision, no home.  They were very alone and an outcast.  Jesus came to help those people for sure.

Now do I have you hooked?  Check out the verses that precede verses 4 and 5:

Luke 12: In the meantime, when so many thousands of the people had gathered together that they were trampling one another, he began to say to his disciples first, “Beware of the leaven of the Pharisees, which is hypocrisy. 2 Nothing is covered up that will not be revealed, or hidden that will not be known. 3 Therefore whatever you have said in the dark shall be heard in the light, and what you have whispered in private rooms shall be proclaimed on the housetops. (ESV)

Luke 12:6 Are not five sparrows sold for two pennies? And not one of them is forgotten before God. 7 Why, even the hairs of your head are all numbered. Fear not; you are of more value than many sparrows.

So who is on our side?  Who am I to fear?  Look I didn’t make it up.  It is right there on the pages of the book.  Later Jesus says this:

Luke 12:10 And everyone who speaks a word against the Son of Man will be forgiven, but the one who blasphemes against the Holy Spirit will not be forgiven. (ESV)

In the context this becomes so clear.  The Holy Spirit “convicts” us of the love of God.  He declares our righteousness with God.  He reveals our unbelief (where we are believing in an angry God).  He is our comforter and teacher.  He reveals the true nature of God in Jesus:

Luke 12:15 He said to them, “But who do you say that I am?” 16 Simon Peter replied, “You are the Christ, the Son of the living God.” 17 And Jesus answered him, “Blessed are you, Simon Bar-Jonah! For flesh and blood has not revealed this to you, but my Father who is in heaven.

OK I am definitely going to have another post (or two) but here is one more example from the lips of Jesus Himself:

Matt 4:10 Then Jesus said to him, “Be gone, Satan! For it is written, “‘You shall worship the Lord your God and him only shall you serve.’” (ESV)

I added this one because we need to believe that Jesus reveals God.  That is why He came and that is why He died.  To make people afraid of God as if He was a great punisher is the work of the devil.  God is for us.  Jesus makes that clear.  And just in case you doubt, look to Jesus.  Want to be blown away?  Look at what verse Jesus has “re-interpreted” for us:

Deut 6:13 You shall [reverently] fear the Lord your God and serve Him and swear by His name [and presence]. (AMP)

We need to see the fear of the Lord differently.  We need to see a powerful and loving God in our corner against the enemy and lies and destruction and all those “works of the devil.”  The fear is the anticipation of what God is going to do when we know He is on our side.